Born in Sao Paulo, Brazil, Dalton M. Ghetti began working with tools at an early age. At school, he and his companions used razor blades or knives to cut their pencils. It is at 9 years old however that he begins to carve with knives and a hammer. He creates various objects, from all kinds of materials.

Then, in 1985, he settled in the United States. He is 24 years old. After studying architecture, he worked as a carpenter, mainly in the renovation of houses. Then, over the years, he developed a rather original leisure: the carving of wooden pencils, which reflects his interest in "little things".

To create his sculpture, he holds the pencil in one hand, under a light source he carves with a sewing needle and a very sharp blade. He works meticulously and slowly. A sculpture can therefore take months or even years to complete. Besides his passion for this pastime, the carving of pencils is also a form of meditation.

Most of the time, he works from pencils that have been thrown and found in the streets or on sidewalks. He transforms them into fascinating works of art.

The alphabet according to Dalton M. Ghetti

Ideas and findings for the pleasure of discovering wood

A sculpture with a hint of magic

Incursion into the fascinating universe of Antal Sprok

The art of reinventing the skate board

Furniture with a unique signature...

A little jewel, in the heart of Brooklyn… Studio André Joyau!

Let's explore what's on the table…

A woodturner sculptor who arouses wonder!

To add a bit of life to a room!

The wood, as you have never seen it! 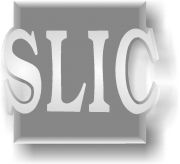